According to the researchers, Carl Linnaeus himself decided to call this vegetable as Brussels sprouts, and it has spread throughout Europe and it even got to America. It is considered that people began to cultivate it in the middle of the XVIII century, and in the first quarter of the XIX century, they were growing it not only in Belgium, but also in Holland, Britain, Germany, France, Canada and the USA.

There is very much of Vitamin C in Brussels sprouts, 3-5 times more than in other species – that is almost like in black currant. There are many other vitamins in it in large quantities; there is 3 times more protein than in cauliflower, and 5 times more than in white cabbage. Brussels sprouts are very useful for children, teenagers and the elderly; it is usually used as a dietary product in cases of diseases of the digestive system and the cardiovascular system. 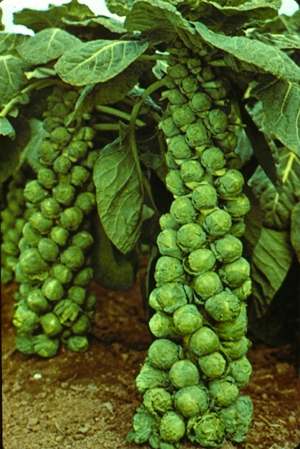 Spread it on a heated frying pan, add the cut onions and carrots (photo 2).