These films will help you better understand the structure of our world, nature, all life, and human himself.

In the film, you will see an experiment with alcohol, in which volunteers took part. And also hear the comments of various scientists and physicians, information about many other facts and experiments.

The film fully reveals the truth about how alcohol affects a person - not only on health but also on genetics, heredity, and future children.

You will also learn:

- What is alcohol intolerance, the "Asian" gene, and hangover syndrome.

- What consequences are irreversible, and how addiction manifests itself.

- Why beer is as bad as spirits. And much more.

This film is a must-see for everyone who cares about his health.

The original film is in Russian.

We recommend watching the film and read the translation at the same time for better understanding.

If you want you and your children to be healthy, learn as much information as possible from different sources about real stories and facts, about scientific research – to find out the truth about vaccinations. And watch this movie at least.

Understanding vaccinations is one of the most important tasks if you care about your health.

The original film is in Russian.

We recommend watching the film and read the translation at the same time for better understanding.

This is a popular science documentary about water, telling about its structure, memory, influence on humans, and much more). Learn about the fourth state of water - informational! As it turned out, water can store, perceive and transmit information.

"Scientists, philosophers and theologians try to understand water's explicit and implicit properties beyond the common physical laws of nature."

The film is dubbed in English.

The original film is in Russian, created by Studio "Workshop".

A very colorful and beautiful film about the beauties of our planet and about the ecological catastrophe that we humans have brought about. The film "HOME" was created specifically as a call for unification to save the future of our planet.

The film consists almost entirely of bird's-eye views of different places on Earth. The voice-over tells the story of an environmental disaster that threatens the planet, using the example of disasters now unfolding. 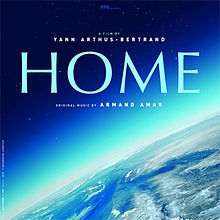 This secret has always existed. She was revealed to the world, she was kept secret, she was lost and found again. They hunted her, they strove to recognize her by all available forces and means. And now the moment has come when this secret knowledge is again revealed to the world. Many great people of the past had this knowledge: Plato, Leonardo, Galileo, Napoleon, Beethoven, Lincoln, Einstein, Carnegie, and many others.

Interviews with scientists and authors, animated bits, and a storyline involving a deaf photographer are used in this docudrama to illustrate the link between quantum mechanics, neurobiology, human consciousness, and day-to-day reality. And these are not some mathematical calculations - this is us, the world around us, our life.

"A feast of Uncertainty:

A Journey to Israel and Palestine with The Urantia Book" (2011)

It shows the places where all the events of the life, teachings, and death of Jesus Christ really took place (and these are not the "holy places" that are known to people now).

Together with the film's author, historian and theologian Richard Jernigan, you will be able to see these and many other places associated with the life of Jesus.

His homeland today is divided between Israel and the Palestinian Authority.

Conquering uncertainty, find out the truth for yourself by comparing facts and versions ...